Rakai, a mostly rural district in the South-Central region of Uganda, benefited from both Uganda’s ART treatment policies and from the presence of the Rakai Health Sciences Program (RHSP). After early progress, Uganda saw a significant rise in new infections from 2006 to 2009. Responding with a reset of policies and programs, Uganda accelerated ART and VMMC scale up and turned its response around. In 2016, Uganda adopted universal test and treat.

Rakai was the site of early research establishing the benefits of VMMC, leading to early uptake of VMMC in Rakai. Rakai’s progress could be further accelerated by the elimination of punitive laws affecting key populations in Uganda and greater uptake of PrEP. 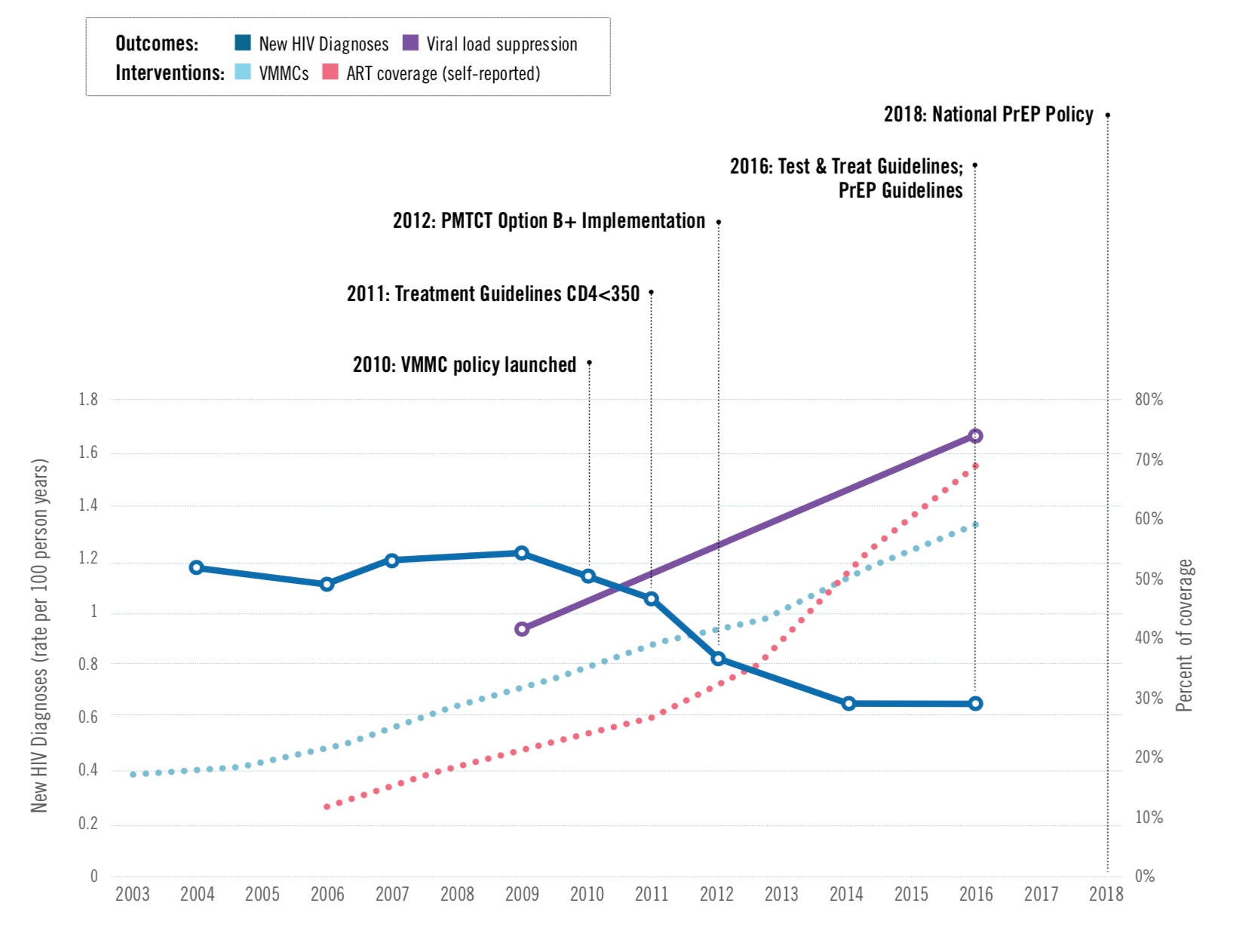