The Thai government acted early with a national 100% Condom Campaign in 1991 that made condoms freely and widely available—including in sex work venues. Thailand’s domestic commitment to antiretroviral therapy (ART) began in the 1990s, with more than 85% of HIV programming domestically financed, reflecting the political will to combat the epidemic.

In 2006, access to treatment was expanded with the inclusion of ART in universal health coverage. Efforts to expand PrEP access will be critical in preventing a resurgence of infections and driving incidence down. 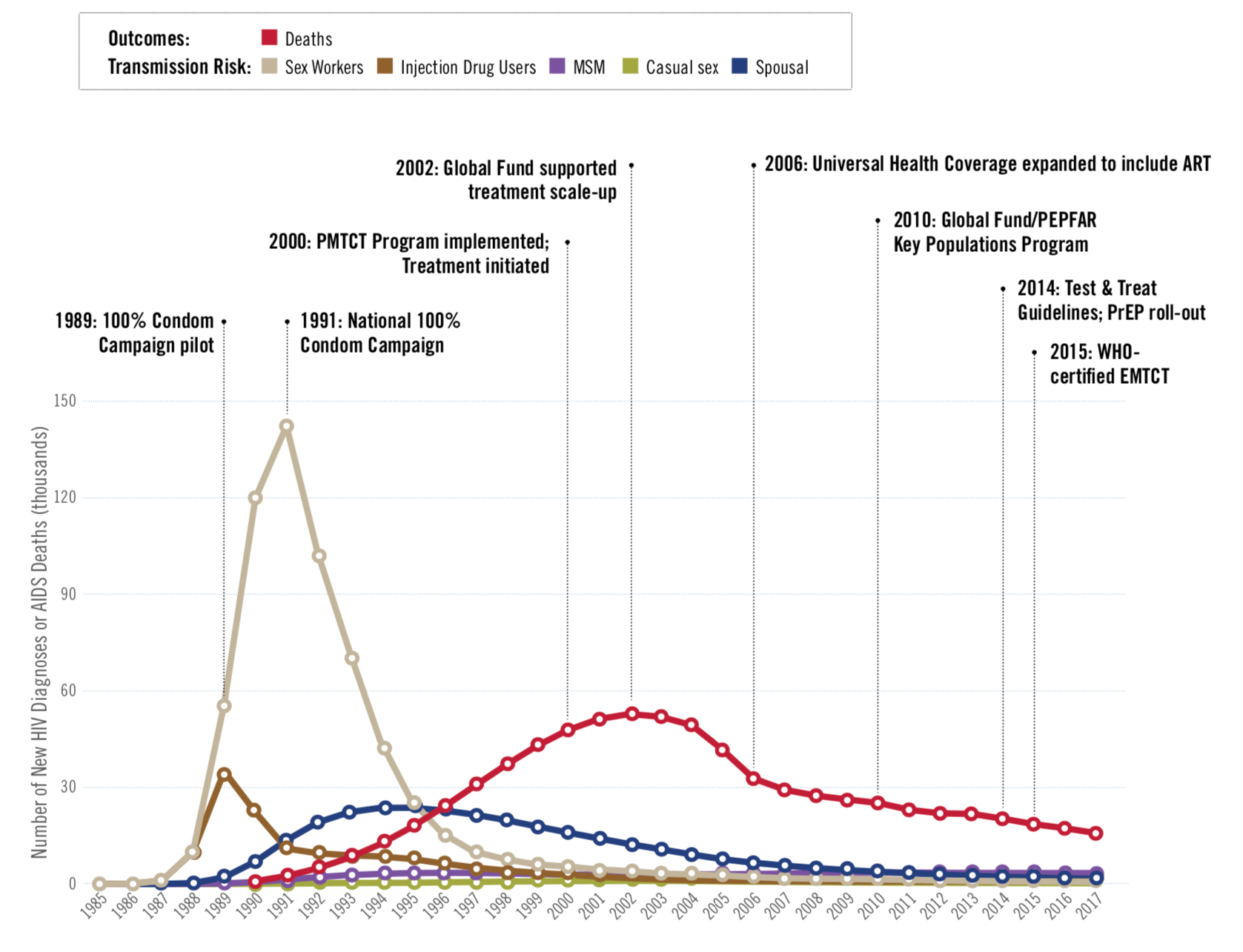